Pacquiao vs McGregor Confirmed (someone has posted a spoiler for WBSS in here!) 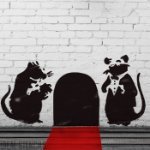